A Game About Game Design

Few books have changed my life. Scott McCloud's Understanding Comics is one of them. One - it's the book that first got me into comics, which set off my career path to animation, then games. Two - its philosophy on media theory has affected the way I think about art and life in general.

Also, it's a comic about comic design, how cool is that.

And so... I want to make a game about game design, how much cooler would that be. Here's a few sketches of what such an interactive book might look like.

How you interact with the interactive book:

To help the "information" segments flow better into the "game example" segments, you'd interact with the text and the games in the same way - with a "player character" that walks towards wherever you press & hold. (it'd be nice for this book to work on tablets, too)

By switching back and forth between interactive and non-interactive parts enough, hopefully the spell won't be broken. (Like how comics need to switch between pictures and word balloons often enough, lest the reader goes "hey, this is just a whole buncha words.")

If anything needs further, in-depth explanation, maybe there'll be "notes" for the player to pick up and read?

How the chapters are laid out: 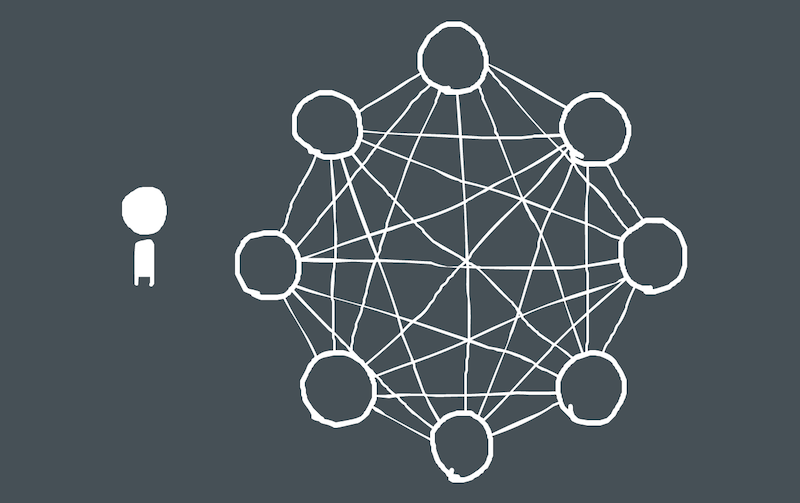 Maybe this is a bad idea, but I'd like the chapters to be able to be accessed in non-linear order. Which, to be honest, is how I read a lot of non-fiction books: in order of whatever chapter seems coolest.

The book would still start with an intro, to set the stage and explain the book's goals and views -- then let you explore the chapters in any order you like. After reading a chapter, it's marked as read. (but you can still go back) And only once you explore all of them, the Conclusion chapter unlocks.

Also, you can see I've "connected" every node/chapter. That's a visual metaphor I want to go for in describing games: as a system of interconnecting mechanics, and from that, stuff emerges. Or something.

The goals of this interactive book

Because I spend too much time in my small indie bubble, it wasn't until a couple months ago that I realized, that to most people, games are still seen as only fun distractions. Which is a step up from The Malevolent Force That's Corrupting Our Youth, but still... people praise my games by prefacing it with "I'm not a gamer, but" or "Your game isn't like most games" or "It's an insult to call this just a game!"

(Also, might wanna rebrand the kind of games I care about as Active Arts. Who knows. Videogames as is is still a good starter context.)

I'm not sure who the target audience would be. I create works idea-first, not audience-first, (possible chapter on Making Games?) but it's good to know what level of knowledge the audience already has. (Obviously, they need a pre-existing interest in games.)

Do they know about milestone works such as Papers Please? (Probably not) Are they hardcore, midcore, or casual players? (Oh fuck no I do not want "hardcore gamers" as an audience) Do they already need to be interested in making games? (Probably not) Do they want to know what innovative games to try? (A "Further Playing" list?) Do they already believe games can be something beyond trivial/fun? (Please don't give me the "gamification" business crowd...)

...guess it's roughly the same audience as Extra Credits.

How to start this off? 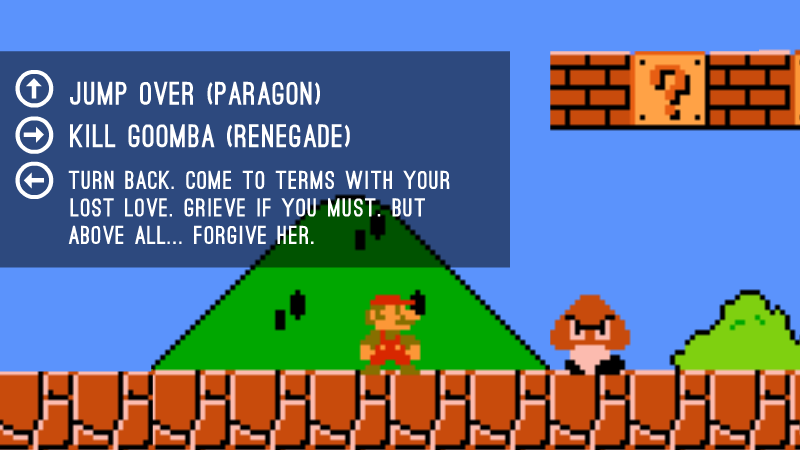 Well, from my featured Gamasutra Post If Games Were Like Game Stories, that's evidence that I... a) have some fairly new & interesting things to say; b) and I can say them in an engaging/funny way.

Next, I'm going to do a blog post on my idea of Moody Mechanics. Refining the Flow Model, to capture the full breadth of human emotion, rather than advocating just "flow" or "fun". Create a new vocabulary. And show that creating "emotional" systems is as doable as creating "emotional" images or music.