NICKY
CASE
my projects
my writings
my tweeter rss feed 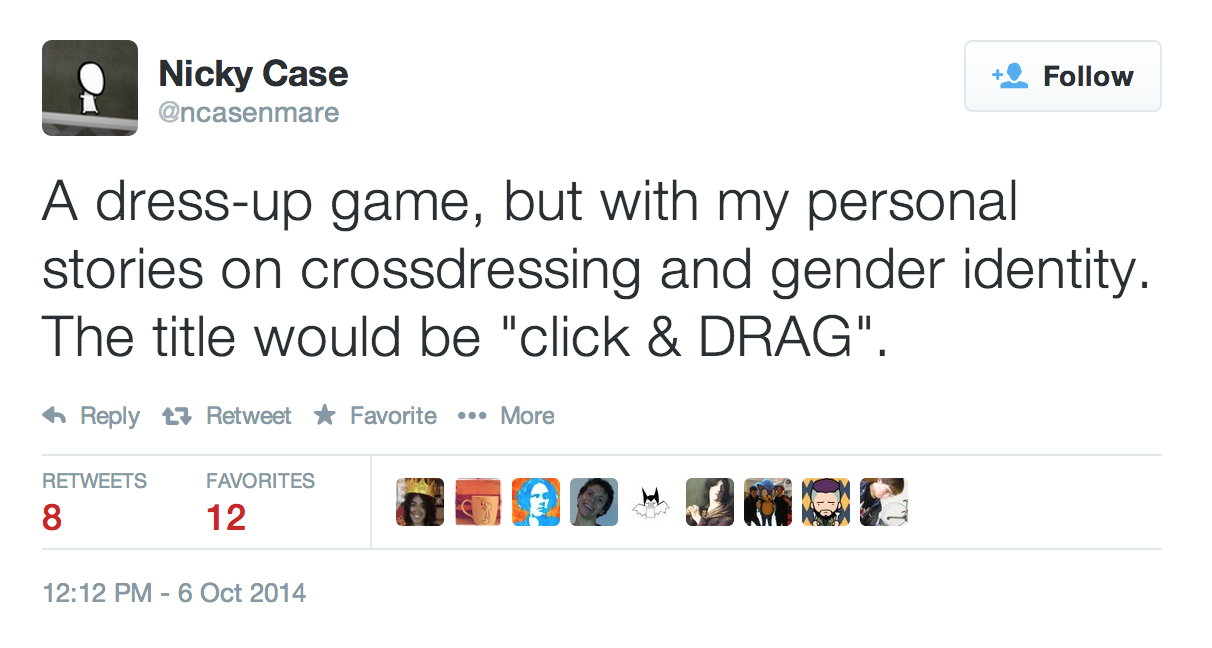 This was the year I really started to question my gender identity.

First, a friend helped me crossdress and damn I looked sexy. Then, I found out about Squinky's game Dominique Pamplemousse, a game whose protagonist & creator are both genderqueer PoC. I didn't even know about genderqueerness until then. It didn't even cross my mind that I could be non-binary, but it fit really well with my own feelings on my gender identity.

So, I now identify as genderqueer. Not super open about it yet, though. I've changed my name to the gender-neutral "Nicky Case", and my online persona is intentionally non-gendered. Many of my fans (and detractors) believe I'm a woman. And in the offline world, I've been sporting painted black nails for a few months now, and once I can get over my squeamishness, I'll start wearing eyeshadow.

So that's the content of my story, roughly. But how, exactly, do I intend to turn that into a game? Answer: I'm not. Not quite a game, anyway. I aim to turn this into an active story.* 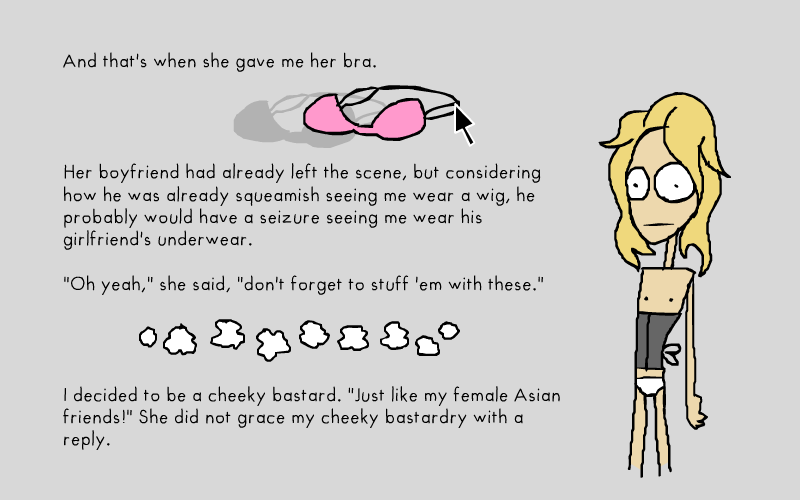 The left half is a regular text story you scroll through. The right half is a dress-up doll game. (maybe include an actual naked picture of me?) As you scroll through the story, you find wigs and dresses and accessories inside the "text" half, that you can drag onto the "game" half. Maybe some parts of the story will be blocked off until you do the actions required? (e.g. the story tells about how my friend brought back a blonde wig and put it on me - and then you can't scroll through the story until you take the wig and put it on me in-game, too)

This seems like it would be a very small-scoped project that would have a great effect: telling a personal story, pioneering "active storytelling", and basically showing off my cute naked bod to the entire internet.

What's the worst that could happen?

* Active Arts is part of my broader mission to explore the yet-vastly-underexplored medium of interactivity. (e.g. Explorable Explanations)