Back when I was a Computer Science student, stuck in my stress & sadness... I just wished I could kill my emotions, represented here as a fat gecko named Sticky. 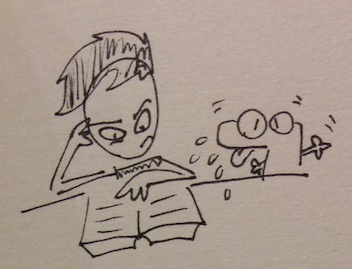 Why couldn't I be more like Spock or Sherlock? I'd be so much more efficient without all these darn emotions in the way. 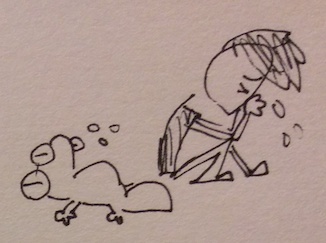 A lot of my friends felt that way, too. So I started studying Psychology. Maybe it'd teach me how to crush my irrational self... and be a rational machine. 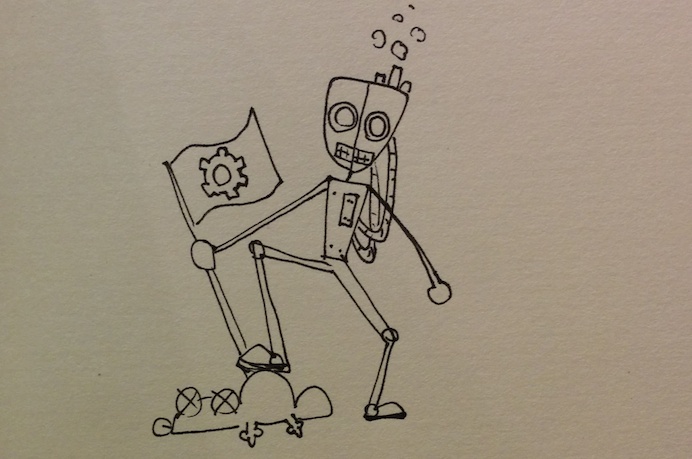 First, I learnt the basics of the brain. It's far more complicated in reality, of course, but let's pretend that brain cells follow one, simple rule: 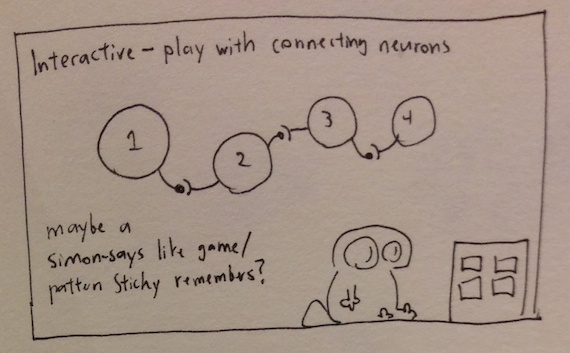 This is known as Hebb's Rule. While it doesn't explain all about our human brains, it does explain a lot about our lizard brains: instinct, intuition, and that bothersome thing called emotion. 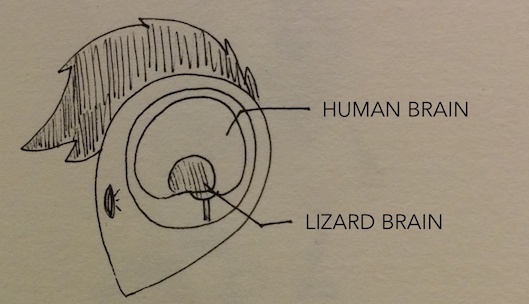 Now that you know how the lizard brain learns, you'll get to perform one of the most famous experiments in psychology! Yup. Right here, right now.

Sticky drools when it sees food. Teach it to drool, instead, at the sound of a bell. 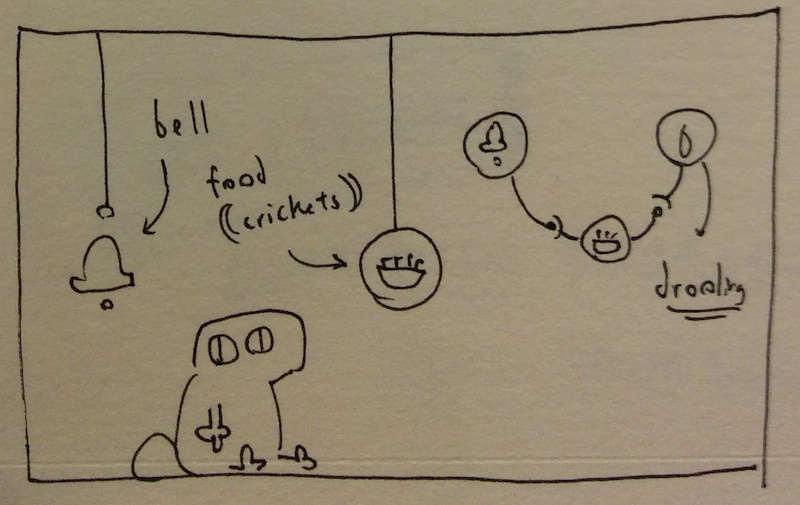 You may have immediately recognized that as the Pavlov's Dog experiment! Except here, you could read the animal's mind. The kind of teaching you just did to Sticky is called classical conditioning, where one learns to associate one sensation with another.

But after I read about that in my Psych textbook, I realized... oh crap, this whole time, I've been conditioning myself to hate doing what I love. 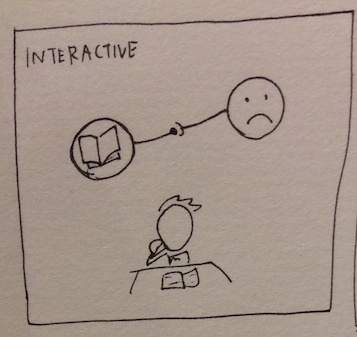 That's burnout. I accidentally associated what I loved (Computer Science) with what I hated. (feeling tired, hungry, alone) No, no, it's okay. Now that I knew, maybe I could reprogram myself? Maybe... 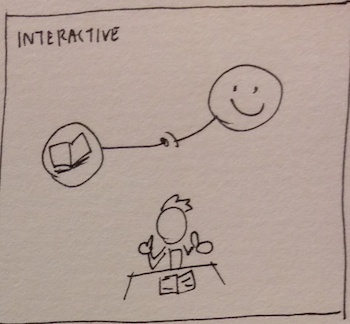 It took some time, but it worked. My inner Sticky stopped rebelling, and in fact, started cheering me on! All I had to do was to take care of my basic needs, and make a deliberate effort to associate my work with positive things, so I could love doing what I love.

But I remained suspicious of Sticky. I was still a constant emotional wreck, and obviously, the logical & rational thing to do was blame an imaginary gecko inside my head. 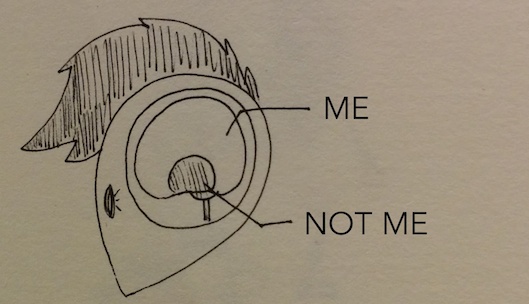 So, I went back to my Psych book. Next, I learnt about another famous psychology experiment, which you'll also get to re-enact now! This time, Sticky doesn't merely react to things - Sticky takes action.

Teach Sticky to pull the lever, but NEVER to push the button. 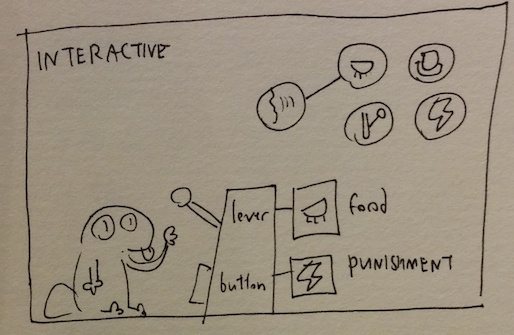 That was a variant on the Skinner Box experiment. What you did to Sticky is called operant conditioning, finding that you could shape behavior with reward & punishment. And don't worry, Skinner was just the name of the scientist... not a description of what the box does to animals.

And again, I realized operant conditioning had a lot to do with all the bad habits I'd accumulated over the years... years of not taking good care of my inner Sticky.

It was one of my most destructive bad habits. I am not proud of this. 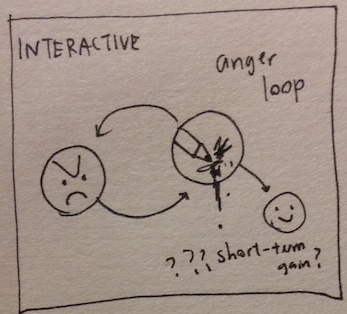 But now I knew. And again, I could work with Sticky, to break bad habits, and form better ones. 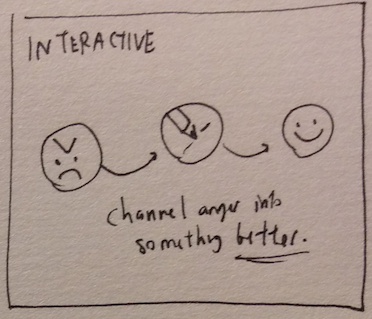 Old habits die hard, but they can die. Habits have three stages: cue, routine, reward. What I did was kept the same cue, (anger) kept the same reward, (self-expression) but replaced the routine with something healthier. (channeling my stress & sadness into stories... like the one you're reading right now.)

My diary had a snappier summary:

You know what's funny? Pavlov & Skinner thought we were merely programmed with conditioning - emotional machines. But I wanted to get rid of my emotional self, and just be a rational machine.

I finally realized - I am not a machine. I'm two of them.

And shame on me for trying to kill half of myself.

A lot of my friends wanted - some still want - to be all rationality and no emotion. It's a common desire. 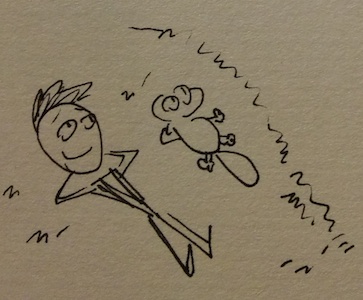 I don't blame them. When you're drowning in sorrow, I know it's tempting to wanna rid yourself of all emotions... I know. 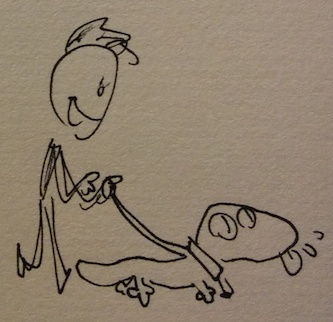 But please - don't ignore or fight your emotions, work with them. Emotion isn't illogical, it just speaks in a different kind of logic. You can learn its language. 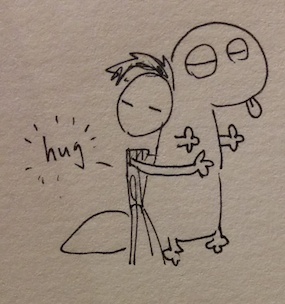 If you took away anything from this essay, please let it be a rational case for "irrational" emotions.

Listen to your inner Sticky, help it grow big and strong, and make it your friend. You'll need time, help from others, maybe a whole change of environment. It's not gonna be easy... 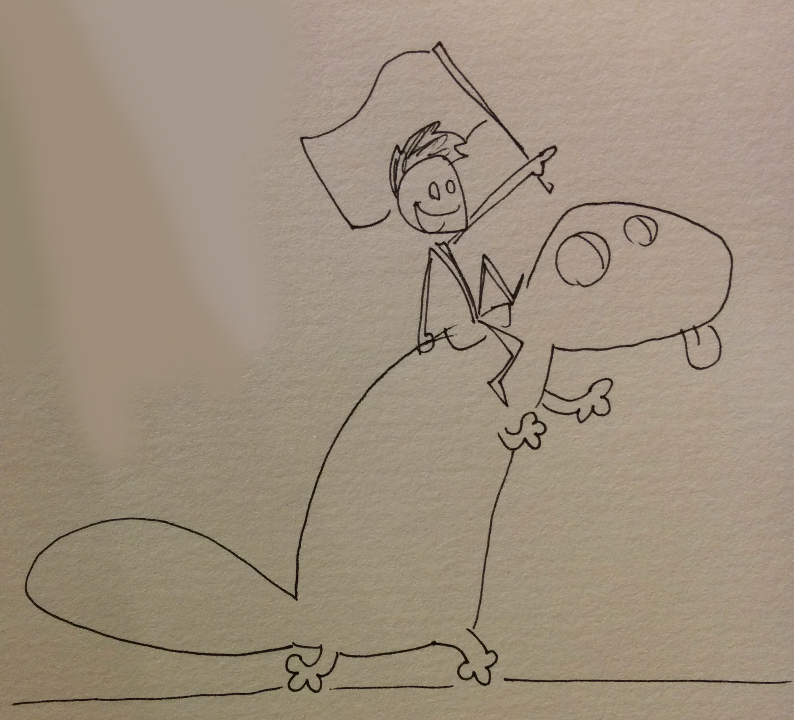 When I first released Coming Out Sim, I expected people to dismiss it as “not a game”. What I didn't expect, was for people to praise it as “not a

The following is the very first draft of Parable of the Polygons, originally posted to a semi-secret Github Gist. I sketched it up shortly after meeting Vi Hart at the