This is the first post in the devlog for my next short game side project... 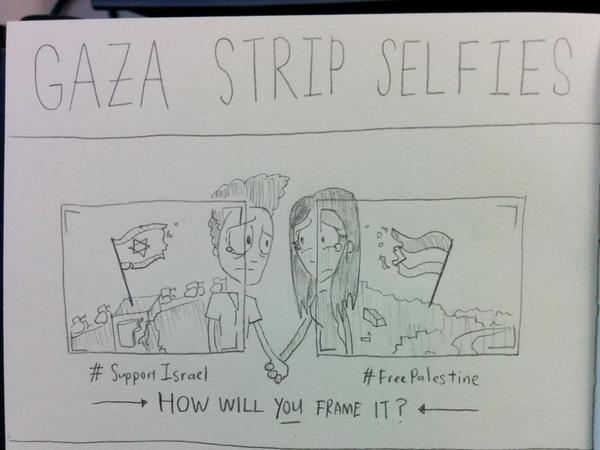 How you tell the story changes the story.

I first posted that sketch on Twitter, where it got a fair bit of attention. Incidentally, posting a pencilled sketch to Twitter is how I started Coming Out Simulator 2014 as well. I also met up with fellow indie gamedevs, Squinky and Maya Felix Kramer, and they're really excited for this project.

Everyone I've told about this project is excited for it, but advises a lot of caution on my part. This is a, uh, touchy subject. To say the least.

Ever since playing Papers Please, I've been hunting for a gameplay mechanic that also doubles seamlessly as a narrative mechanic. I think I've found one. 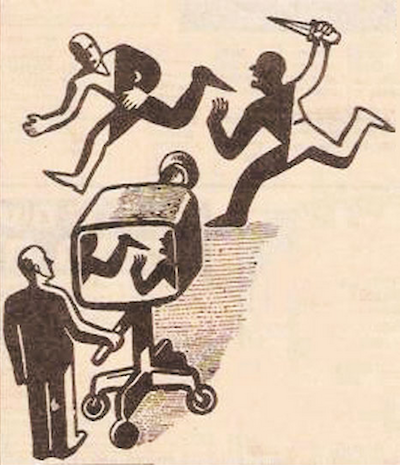 This is the picture that first inspired me. I saw it years ago, and spent the last hour trying to find it again. But even now that I found it, I can't find the original artists. Oh well.

In Gaza Strip Selfies, you control a camera frame. And what you capture in that frame, or leave out of it, affects the course of the story. But there's also the "traditional" gameplay aspect of it, where your goal is to gain as many Twitter followers as you can by taking interesting pictures. (The rules for what are "interesting" are arbitrary, but there are rules.)

And of course, these two aren't mutually exclusive. Which is the really exciting thing about this mechanic! I might have figured out a great way to mix gameplay and narrative.

So Which Side Are You On?

If there's any message in the mechanics of this game, it's that there is no objective way to frame such a complex subject. You will also leave something out of the frame. Knowing that, will this game be pro-Palestine or pro-Israel? And the answer is neither, and that kind of binary us vs them framing is exactly the kind of thing I want to dismantle with this game. 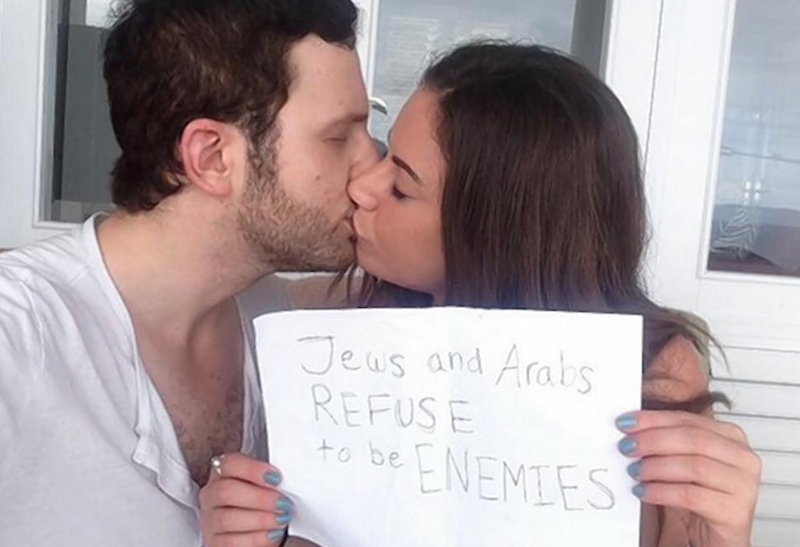 This is some random picture I found while searching for Arab/Jew couples. Apparently, there's a whole #JewsAndArabsRefuseToBeEnemies movement going viral right now. That, by the way, is the worst hashtag ever.

This game will revolve around two teenage lovers, one an anti-Zionist Israeli, the other an anti-Hamas Palestinian. Individually, they're reminders that people have complex views beyond us vs. them. Together, they're a reminder that people on both sides can work together.

Given the current escalations, people both inside and outside of the conflict are becoming more polarized, and less open to negotiations. If something isn't done soon, the door to a peaceful solution may close entirely. If anything, I'm against extremism. I don't know what the "solution" to the Gaza conflict is, and I won't dare suggest one in the game, but I do know any negotiations have to start with people on both sides re-remembering this:

Write What You Don't Know

THIS PHOTO DOESN'T ADD ANYTHING, BUT EVERY BLOG ARTICLE SECTION NEEDS A HEADER IMAGE. DON'T YOU KNOW. From Unsplash.

Coming Out Simulator 2014 came directly from personal experience, but Gaza Strip Selfies would be the completely opposite of that. As someone who's neither Muslim or Jewish, and Canadian, I'm as far removed from the conflict as possible.

I want to handle this subject with the utmost respect.

You know, despite the word "selfie" in the title.

I will be consuming as many books, articles, and documentaries as I can. From authors all over the political belief spectrum: pro-Palestine, pro-Israel, or outside that oversimplistic binary. I also have a few friends and fans I can interview personally. People who are former/current residents of Israel/Palestine or volunteer for the UNRWA.

Should I use semi-fictional countries instead, like 1984 or Papers Please does? If I do, the game could be more sensitive and would give me greater creative freedom... But I'd forfeit the opportunity to educate players and give the game a sharper edge.

This is an important design question to figure out, before the next devlog.