For my first collaboration with PBS Frontline, I've been reading lots of research on the psychology of genocide, massacres, and terrorism. Been doing this for a bit over a month now. Fun.

Anyway, as it turns out, psychologists have come to a shocking consensus about the minds of these kinds of people, people who can commit atrocities against civilians and children and feel good about it. Here's the terrible truth: 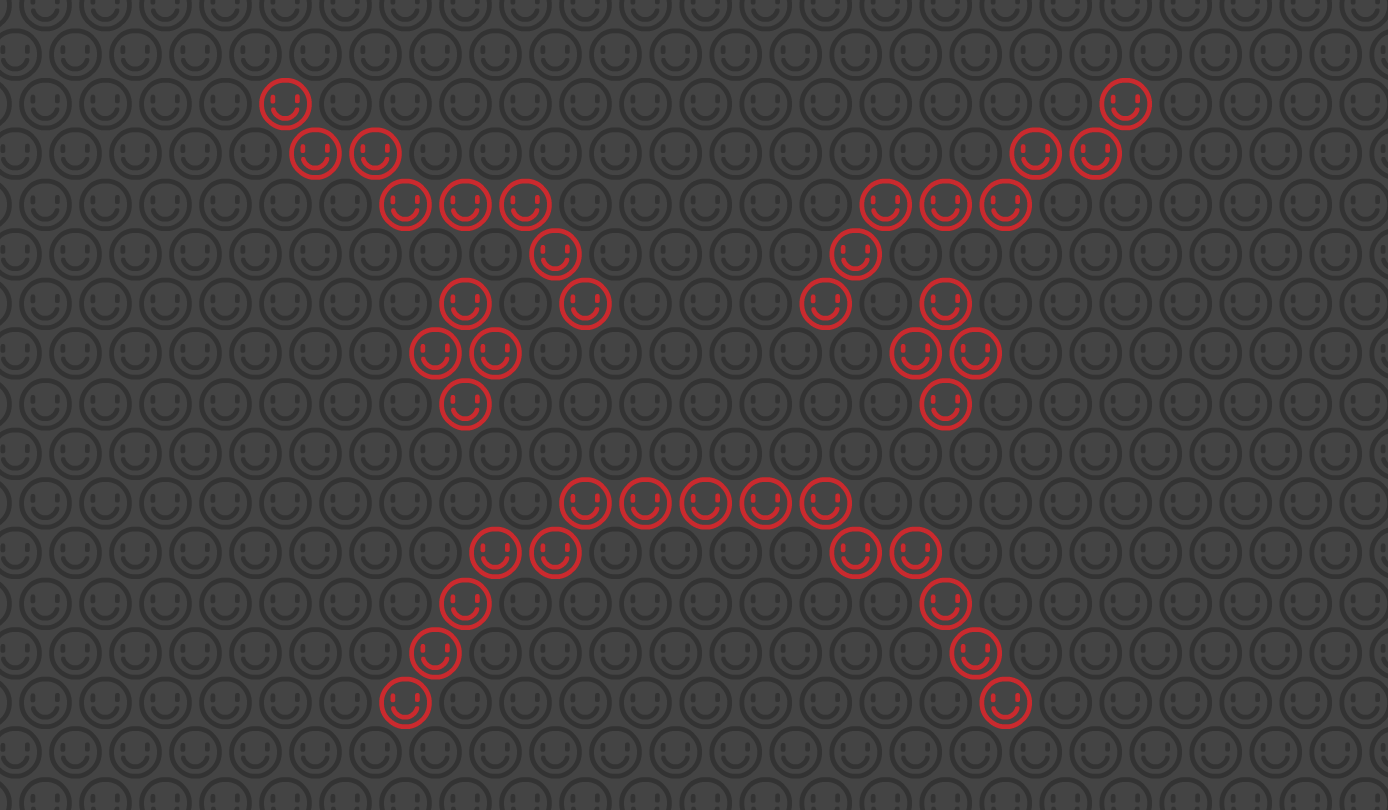 This is called emergence. Which can be a rather fluffy, abstract concept, so here's an analogy that helps me understand it:

Think of a cup of water. Now, think about that cup of water in a freezer. Even though in both cases it's the exact same water molecules, one's wet and slippery, and the other is cold and solid. The only thing that changes is the arrangement of the collective:

(animation from this TED-Ed video)

The same is true of humans.

Think of 5 people doing individual jobs, getting rewarded individually. They'll probably do okay. Now, think of those same 5 people doing one job together, and all equally sharing the reward. If you've ever had the misfortune of being stuck on a group class project together, you know what happens. Because responsibility is diffused, everybody (except for the one nerd) slacks off, and y'all end up getting a C+.

They're the exact same individuals – the only change was in the arrangement of the collective.

But just as diffused responsibility for a job can make people less productive, diffused responsibility for an action can make people less moral. The more people do Horrible Thing, the less likely one is to get caught, so even more people do Horrible Thing, and so on. And that's just one of many, many ways otherwise moral individuals can get broken by an immoral collective.

That's the idea of emergent evil. 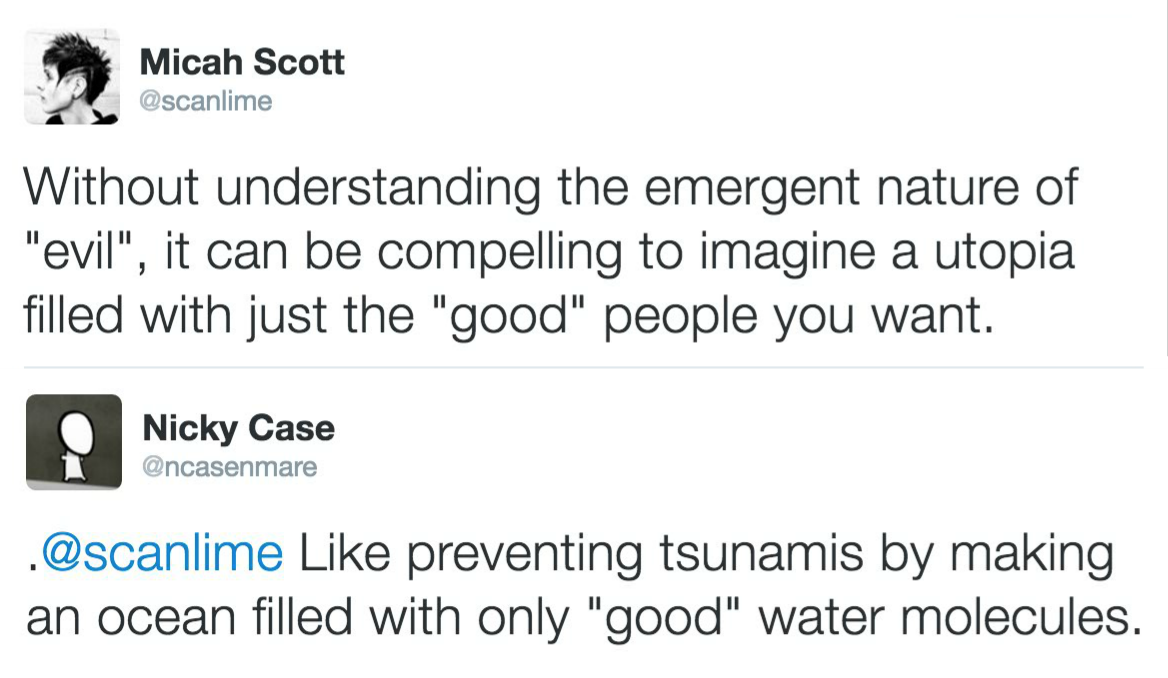 Like all truly revolutionary ideas in human history, this one started as a couple of cheesy tweets. My friend Micah twote the tweet above, but some peeps didn't understand what she meant by "emergence", (not their fault – again, it's a fluffy, abstract concept) so I replied with some dumb metaphor about water molecules.

That was six months ago, and I'm still on this train of thought.

Normal motives – even noble motives – like wanting a sense of belonging, wanting to go on adventures with friends, wanting a bigger purpose and meaning to your life... those desires are all exactly what terrorist groups take advantage of.

The water we drink to stay alive can be used to drown us.

Let me slap on a silver-lining ending.

One normal psychological quirk we have is the fundamental attribution error, the tendency to believe that if someone does bad things, they must be a bad person. This belief, ironically, justifies dehumanizing a group of people who do "evil" things, and thus, making it morally permissible to commit violence against them, which will look "evil" in their eyes, so they retaliate, so you retaliate, and so on. A vicious cycle of violence, emerging out of normal human psychology.

But by realizing the collective is not the individual, and seeing things at a higher systems level, we can avoid going down that circular path. That is to say: understanding the idea of "emergent evil" is the best defense against emergent evil.

The flood that drowns us can be put through a dam, to give power to the people.

And if my cheesy water metaphors don't help in overcoming the horror of realizing every single one of us has the potential for enacting terror and trauma against the innocent, here, let this silly puppy GIF cheer you up: