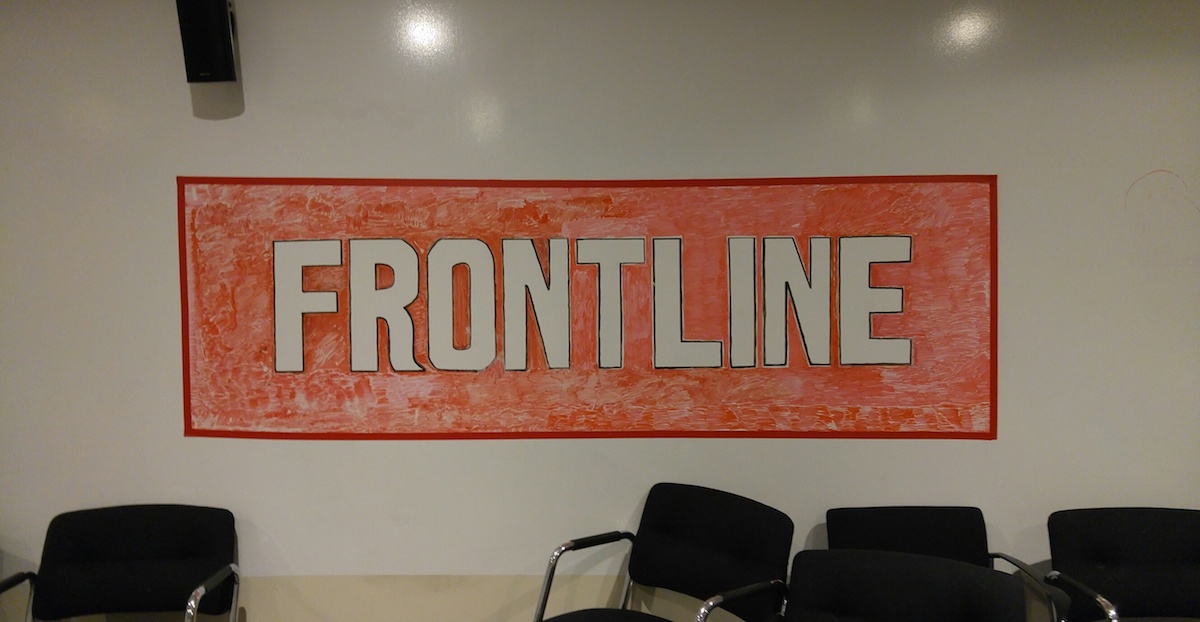 Today, I started my Knight/Mozilla OpenNews Fellowship at PBS Frontline! So I'll be here in Boston, MA for the next ten months.

Anyway, pretty dang excited to be here! The first thing you see walking into Frontline's office – once you find your way through the labyrinthine WGBH building – are the Emmys, Emmys everywhere. Emmys filling up an entire shelf. Emmys that couldn't even fit on the shelf. Never seen an Emmy used as a paperweight before.

I won't be working (directly) on their TV documentary stuff, but I'll be part of their experimental digital team – making tools, interactives, simulations, and other shtuff. At their 10 AM daily meeting, I introduced myself, the new kid.

Because I overdo things, I did a Show & Tell.

I showed off a couple simulations I've made in the past, on social systems (Parable of the Polygons) and natural systems (Sim The World In Emoji), as well as a prototype sim on the US incarceration system. That's the core theme running throughout my presentation: understanding systems.

I ended with my favorite quote from my now-favorite film, Spotlight. At one point, Marty Baron, the editor of the Globe, sits his team down as says this:

“We need to focus on the institutions, not the individuals. Practice, and policy. We're going after the system.”

And soon, I hope to go after many, many systems.

P.S: Also, the OpenNews Fellowship wants my blog posts on their site, but they prolly don't want my sleep-deprived bird-poetry, so I'm creating a new tag for this called “Journo Stuff”.