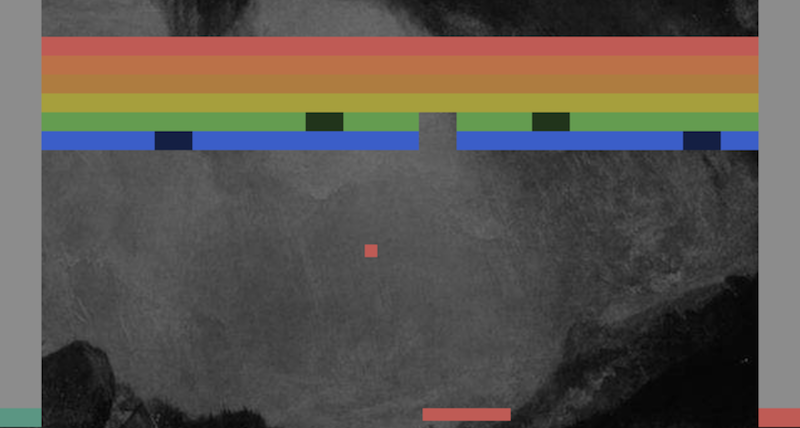 The more I play Pippin Barr's Sound System II, the more brilliant I realize it truly is.

It starts off as a regular Breakout game, but hitting a brick plays a musical note, while bouncing off the paddle gives you a drum beat. Actions become notes & percussion. And because the ball's vertical velocity is more or less constant, it creates a very steady beat. With that one simple twist - it turns the rhythm of play into the rhythm of music.

Oh, but it gets better. Because each layer of bricks produces a different sound, as you go through layer by layer, the musical landscape shifts. And that's the second brilliant consequence of this thing - gameplay progression is musical progression.

That's just so elegant. Mapping the variation, rhythm, and progression of gameplay to music. Mapping one art form to another. As evidenced by my interactive essays and interactive stories, I'm totes interested in mixing mediums together - especially games, trying to find "play" in places we'd never expect.

And now that Sound System II has taught me to see the rhythm, progression, and symmetry of something as chaotic as a Breakout game, what's stopping me from seeing music everywhere else? And in hindsight, the connection is almost kind of obvious...

We play games. We play music.