First of all, this is not how evolution works:

Evolution isn't linear, it's more like a tree. I used to believe evolution worked like this: 1) random mutation 2) non-random selection 3) repeat. And on the tree of evolution, mutation gives us more branches, while selection prunes the crappy branches: 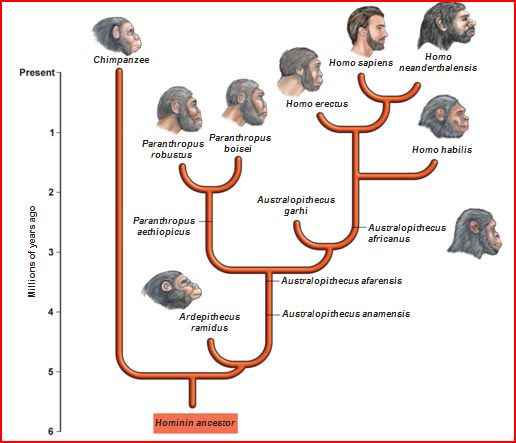 Turns out, that's also not how evolution works!

Not completely, anyway. I recently watched a talk from the late John H Holland, when he brought up a strange fact. Even though evolution is slow, it has happened a lot faster than would be predicted with just mutation & selection! Mutation is not enough.

Here's the problem: the greater the mutation, the greater the chance of it mutating into a worse state. (sidenote: This is why, contrary to superhero comics, radiation won't give you superpowers. Just cancer.) So, for mutation to be useful, it can only happen in very small steps, very slowly.

However, there is another force behind evolution, more powerful than mutation, yet doesn't get as much attention in the popular science press. It's a way to get high variance in genes, yet ensure a low chance of screwing up the DNA.

This slide, from the John H Holland talk I mentioned, does the best job of visually explaining what function recombination serves: 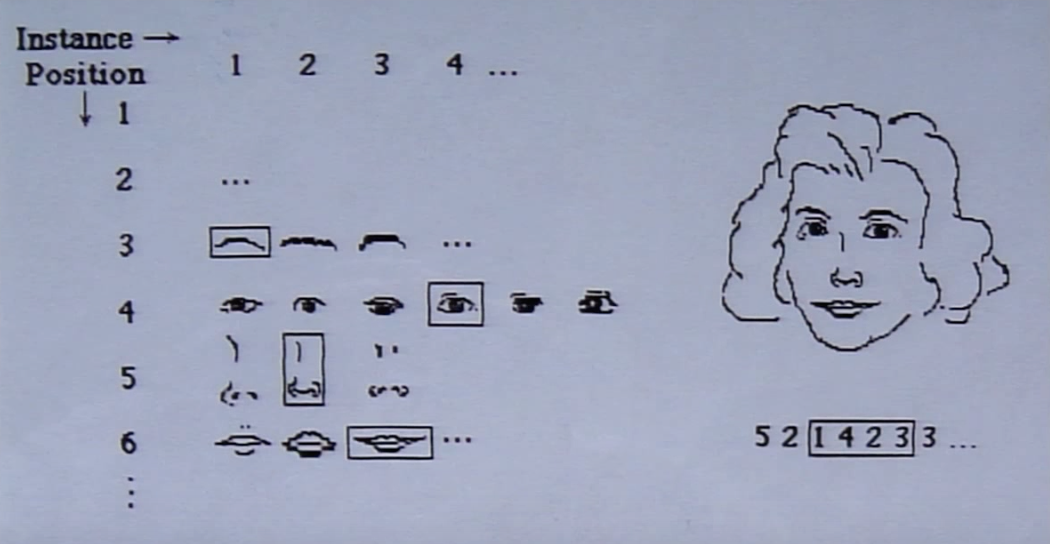 First, you need a set of building blocks. In this slide, it's face parts. In DNA, it'd be genes or chromosomes. Then, you just randomly slap building blocks together.

A couple things to note:

One: recombination gives you exponentially many different valid combinations. With just 10 sets of 10 blocks, you can get 10,000,000,000 unique combinations. Two: because each block has already been proved to work, combinations of blocks also tend to work.

In the above example, no matter what combination of eyes, ears, nose, etc you pick – despite a wide variance, you'd always get a decent-looking human face.

Now, imagine what if you used mutation instead, with the same high variance: randomly changing how many eyes you have, what part of your face teeth grow, and where all the orifices should be... Well, you'd get something like this:

So, yeah. Recombination for the win.

This is probably why sex evolved – if you think about it, sexual reproduction seems pretty inefficient compared to asexual reproduction. Why can't we all just fertilize ourselves, and get a lil' baby clone? For sex to be so, uh, popular, it must give a benefit so huge it overcomes that giant cost. (sidenote: And yes, some complex animals actually do asexually clone themselves!)

Since asexual reproduction occurs mostly in bacteria and plants, sometimes in invertebrates, and never in mammals (outside the lab), I'm guessing that recombination doesn't just increase complexity, recombination is necessary for complexity. (sidenote: I should note that, even though bacteria don't sexually reproduce, they still do a lot of recombination through horizontal gene transfer. So, another point for recombination.)

So, evolution's not a line, not even a tree, it's a... whatever the heck this shape is: 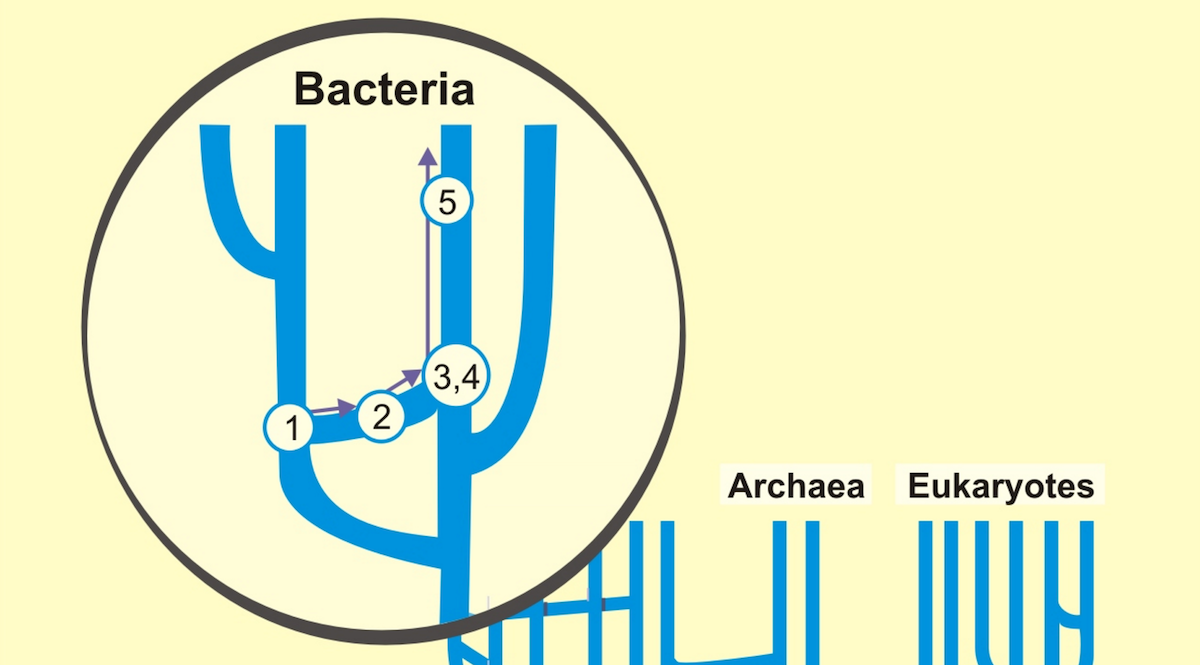 Now, why do I care about all this?

Well, one, it's fascinating. All this time I've been snubbing my nose at creationists, I've been mistaken about the fundamental mechanics of evolution. Hurray for me being wrong.

And two, I think this also gives insight into our cultural evolution.

If recombination is necessary for complexity, then what does it mean we're in a world of specialized disciplines, filter bubbles, and polarized politics? Does that mean less variation in thought, less evolution in our culture? (sidenote: For comparison, the genetic equivalent of "recombining" within a small, similar gene pool is, uh, incest. So. There's that.)

Possible Solutions: Do more inter-disciplinary work. Learn stuff outside your filter bubble. And perhaps most painfully, take a personal effort to depolarize your politics.

And even within a single community, there's no guarantee people will combine & create new ideas. They could just repeat what others in their community say, to gain social points. (a sadly common phenomenon known as groupthink) Or maybe only a few people are deemed the Leaders, Creators, Geniuses, and everyone else's place is to be a fan, a follower, a consumer. Both are recipes for halting social evolution.

Possible Solutions: Always challenge your group's and your own ideas. If you're an educator, give your students the tools to construct ideas for themselves, and combine their knowledge with each others'. Break your art/code/work down into modular building blocks, and open source 'em or use Creative Commons. (sidenote: Yeah, this is mostly me rambling advice to myself here.)